A wealth of history and a host of excellent shops can be found in Rutland’s smaller market town of Uppingham – the town’s weekly market is held on a Friday.

Uppingham is blessed with a range of speciality shops and traditional retailers, many of which are still family owned and run. For browsing around antiques shops, Uppingham hits the mark perfectly allowing you to meander around the town for hours, finding hidden gems on every corner.  Unique items available in Uppingham including glass, china, cutlery, silver, jewellery, maps, furniture, mirrors, coins and much more.

Art is very important to Uppingham.  A number of art galleries show pieces worth large sums of money.  Visitors come from far and wide to admire and appreciate the pieces on offer.

You can also find great places to eat around the town, catering for a range of tastes and pockets! From traditional country inns to scandimania, our high street stylish scandi cafe where you’ll find something to tempt your taste buds – the coffee is pretty good too.

The market square is transformed once a year into the only fatstock show still to be held in temporary penning in a traditional market town. The first recorded show was in 1889. In 2011 140 sheep, 24 pigs and 20 cattle were entered. The event attracts farmers from all over the area who exhibit their prize livestock and toast their acquaintances afterwards in The Falcon Hotel.

What’s on in Uppingham

To find out more about upcoming events please visit: 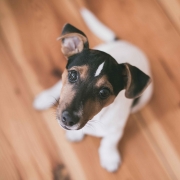 Goldmark hold between 4 and 8 major art and ceramic exhibitions in their gallery in Uppingham every year, ranging from paintings and prints to ceramics and sculpture. Even stained glass. www.goldmarkart.com Goldmark also hold the occasional music event.

Established in 1997, Woodbine Contemporary Arts specialises in high quality fine art and ceramics, showing a wide range of work by both established and emerging artists. www.woodbinecontemporaryarts.co.uk

The hotel has a superb traditional terrace restaurant, a comfortable brasserie lounge, and a cosy bar offering traditional ales. www.falcon-hotel.co.uk

Nestled in Printers yard opposite Smalls on the high street, this lovely deli sells takeway salad boxes, cheeses and a whole host of other goodies, it has a deli counter and a few tables to eat in too. Order your jacket potato: 01572 822588

Here you can enjoy great tasting coffee, flavoursome heritage beverages, a hearty breakfast, piece of cake, light lunch, sharing platter or a decadent afternoon tea. We love to support local producers and farmers, so we use award winning locally sourced produce. We offer free Wi-Fi and have lots of seating outside for summer days. www.wellandvalegardeninspirations.co.uk

A traditional 17th Century pub with all the hallmarks of a traditional Shires inn such as its stone floors, thick walls, low beams and roaring fires. The pub prides itself on using local, seasonal ingredients wherever possible from within a 20 mile radius of the kitchen. www.thekingsarms-wing.co.uk

Located on the fringe of the picturesque village of Wing, between the ancient market towns of Oakham and Uppingham, www.winghall.co.uk

Indian restaurant and takeaway. Cross the road, around the corner and you are there!, you can take your drinks in with you from the next door pub – The Marquis of Exeter, or take your own wine, as they don’t sell alcoholic drinks. Cash only for payment. www.redindia.co.uk

A quality Chippy, catering for Gluten free too!  Closed Sundays.

Only a five miles from The Corner House. The site spans over 3,000 acres there are 4 landscaped parks around its shores where you can enjoy a walk or picnic.

There is a cycle path around Rutland Water which totals 27 miles, or 16 miles excluding Hambleton peninsular with ice cream and coffee stops en route!  There are cycle hire centers at both Whitwell and Normanton.

As the largest man made reservoir in Europe, covering 3,100 acres and totaling 5 miles in length, Rutland Water naturally attracts and welcomes sailors and windsurfers from beginner to International standards. Also close is Rutland Sailing Club where sailing boats and tuition are available www.rutlandsc.co.uk. There is also a watersports centre at Whitwell where you can hire sailing boats, windsurfs, canoes and kayaks and also offers tuition.

Rutland Fishing lodge, and fly-fishing up to international level is common place on the reservoir. Boats and equipment can be hired at the fishing lodge, and lessons are available www.rutlandwaterflyfishing.co.uk

Boat trips are available on the water courtesy of the Rutland Belle. www.rutlandwatercruises.com.  Recently the nature reserve, in conjunction with the Rutland Belle have introduced visitors a chance to take guided trips to areas of the reservoir where you are most likely to see Ospreys. The Osprey and Wildlife boat tours sail for a sunrise trip at 6am and later again at 5:15pm on selected dates. For more details please visit www.ospreys.org.uk/lyndon-reserve/cruises 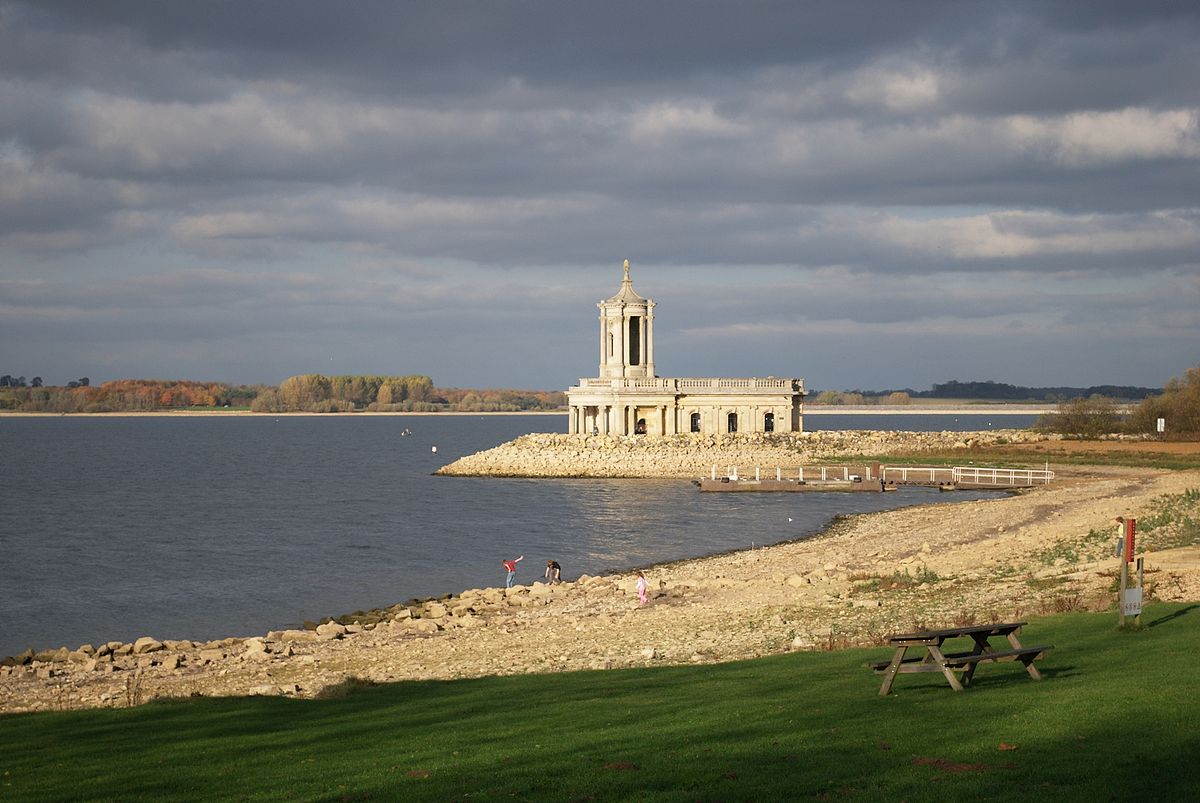 The market towns of Oakham, Oundle and Stamford are well worth a visit, Market days are Fridays in Stamford and Uppingham, and both Wednesday and Saturdays in Oakham. Stamford is the largest of the local towns and is renowned for its Georgian buildings.

Another attraction within a short drive is Burghley House. Burghley is regarded as the largest and grandest house of the first Elizabethan age. It was built between 1555 and 1587 and the main part of the House has 35 major rooms.

Burghley Horse Trials where international riders compete for over a 3 day event www.burghley.co.uk

Barnsdale Gardens are only 9 miles away on the North side of the reservoir.  The gardens were created by Geoff Hamilton for BBC Gardeners’ World, and are now Britain’s largest collection of individually designed gardens with 38 now on show over the 8 acre site. There is also a nursery selling unusual plants and tearooms serving seasonal snacks and light meals which uses local produce wherever possible www.barnsdalegardens.co.uk

Belvoir Castle has been the ancestral home of the Duke and Duchess of Rutland for one thousand years and is believed to date back to Norman times. The castle and gardens are opened periodically between May and August, mainly on Sunday and Mondays www.belvoircastle.com

Tolethorpe Hall dates back nearly 800 years and is best know now for the annual season of plays held throughout June, July and August by The Stamford Shakespeare Company in Rutland Open Air Theatre which is in the grounds of Tolethorpe Hall. You can picnic in the grounds prior to the performance before taking your seats (which are protected by the elements!) and watch the drama unfold in the natural surroundings.

Rockingham Castle is situated on a spectacular hilltop site in the attractive village of Rockingham. The Castle and Grounds are open periodically from April until September. The castle gardens also host numerous events throughout the year such as jousting and a popular Christmas shopping event, which takes place in November.

Rutland is extremely well stocked with great country pubs and restaurants, a few of the really worthy of note include:

The George at Stamford

A coaching house in the centre of Stamford, dating back to the 16th Century. There are 2 restaurants – The Oak Pannelled restaurant which offers a more formal dining experience and the Garden Room which is more relaxed and informal www.georgehotelofstamford.com

A pub andbrewery situated by Oakham train station, serving a wide range of ales brewed on site. They often have live music, and serve food using fresh, locally produced and sourced ingredients. Tours of the brewery can be arranged in advance. The Grainstore also host the annual beer festival over the August bank holiday with over 70 real ales on offer with live music and a BBQ every day and entry is free.   The Grainstore is also a dog friendly pub that also keeps dog biscuits behind the bar! www.grainstorebrewery.com

To the rear of The Nevill Arms, surrounded by a relaxing open terraced area, Café Nevill is open from  8am until 4pm everyday, serving a fantastic choice of food and drinks. Located in the former stable blocks and outhouses, Café Nevill serves breakfast (until noon), sumptuous Light-Bites, Deli choice,  Salads, Sandwiches, Ciabattas, Bagels, Jacket Potatoes, Patisseries and Puddings, plus a great selection of hot and cold beverages. For a great place to eat visit the popular Café Nevill. www.thenevillarms.net/cafe.htm

Located on Goal Street in Oakham, opposite Hambleton Bakery (although they are separate businesses!). Hambletons graze beef and lamb on the shores of Rutland Water. They also buy meat from some of the best local growers. They also sell a variety of other produce, such as cheese, cooked meats and pies, ready meals and a fantastic variety of quality store cupboard ingredients. www.hambletonfarms.co.uk

One of Britain’s finest country house hotels. The lakeside setting is spectacular and only some two and a half hours north of central London (England). The restaurant is a haven for gourmets and wine lovers and the rooms combine comfort and style.
www.hambletonhall.com

Enjoy the beauty of Rutland from The Corner House, Uppingham 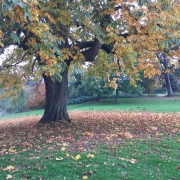 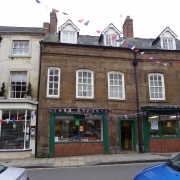 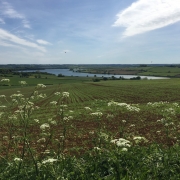 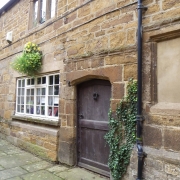 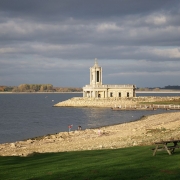